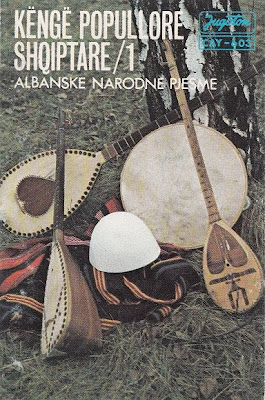 I remember buying this cassette at Belgrade international airport in 1987. It seemed like a curiosity at the time, considering where the kiosk was. And what it was and remains to be is a sampler of mostly rural Albanian music from Kosovo, recorded during the 1960s and the following decade. It features none other than Qamili i Vogël, the folklorist and ethnomusicologist who typifies the very beauty of Kosovar country-blues.

This cassette (like many at the time before they were made locally in Kosovo's capital Prishtina) was released on the Zagreb-based and state-owned Jugoton, who released many 45rpm EPs, LPs and cassettes of Kosovar-Albanian music. Naturally, this has been long out of print and has sadly yet to garner a CD reissue though the vast number of independent labels scattered throughout Kosovo. 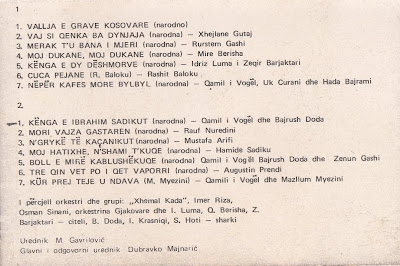