XERO 4ZZZfm Live to Air at the Cement Box 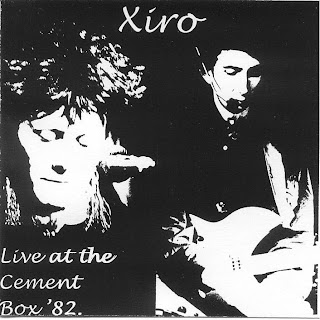 This CD-R was originally released on the Ten of Cups label in the late 1990s. Apparently I was the only person who ever put an order in for this.

This 4ZZZfm live to air from July 1982 at the University of Queensland's Cement Box theatre sees Xero in one of their many line-ups which Brisbane post-punk outfit had from 1978 to 1983. 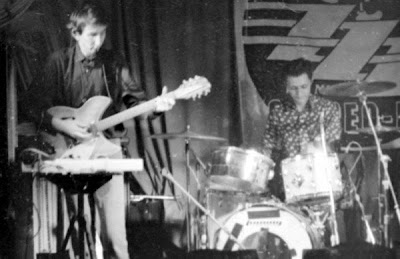 Hated by certain scenes, and adored by others, Xero were one of the few bands who survived and played on through the swift changes of trends which Brisbane endured during the post-punk years (1978-'83). Xero (initially spelled as Zero, then Xiro among many others!) has a long and winding history, involving at least a baker's dozen worth of line-up changes and half as many styles. [More on that in another post on early Zero]

This set sees Xero play through a selection of originals mostly written from 1981 onward, with the oldest song in this set being 3 Squared, performed during their 1979/80 line-up which featured guitarist/vocalist Michael O'Connell, formerly of the Apartments and future Go-Between Lindy Morrison. Blue Lagoon was a song which later appeared in Willsteed's post Xero/ZIP outfit, Machines That Walk.

This particular line-up of Luckus, Willsteed and Pritchard first played in August 1981 in support of the Cure at the request of Robert Smith. Steven Pritchard formerly played with the Swell Guys among many other bands. 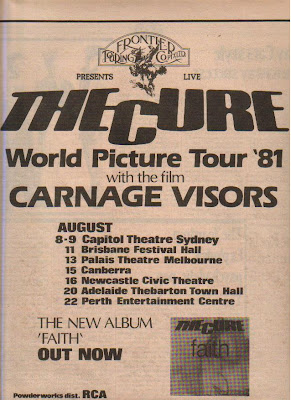 The band left behind two cassette EPs, Half the Profits and Religious Wars, and a 6 track 12"mini-LP Lust in the Dust. They also appeared on Fast Forward issue 006. Unofficially, there was a cassette floating about in the early 80s called What Xero Don't Know Won't Hurt Them Tape! featuring sessions from the two cassette EPs, and a single track cassette with their cover of Supernaut's I Like it Both Ways - Xero's submission to 4zzz's Tribute to Australian Rock.

In terms of the digital age, two tracks from Lust in the Dust appear on the essential Chapter Music release Can't Stop It! and 4ZZZfm's 25th anniversary compilation, Behind the Banana Curtain. Both of which at the time of writing are out of print.

Morning
I';d love to hear this, had the "lust in the Dust" record years ago. Found this page while looking for a copy of that.
bye

Not sure if you still run this blog, but if possible, would you be able to upload this true rarity again? I'd love the chance to be able to hear it