The return of the Prince 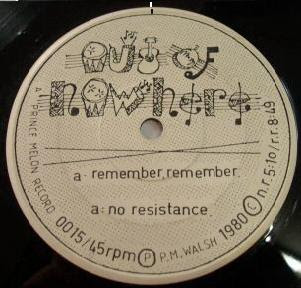 In recent months, the vintage Sydney music label Prince Melon has been revitalized by its founder Ed Kuepper. The label started in late 1980 with the release of the Laughing Clowns single, Sometimes The Fire Dance. The label released a further few singles by the Laughing Clowns in Australia, while Rough Trade Deutschland and Red Flame handled the European market.

The label also released singles by Peter Milton Walsh's post Apartments group, Out Of Nowhere and Ollie Olsen's post Whirlywirld project, Hugo Klang. The label dissolved around the time of the Laughing Clowns split in late 1982 and when the band reconvened in early 1983, they joined the ranks of Sydney's Hot Records where further records by the Clowns were released, as well as Ed Kuepper's vast solo catalogue and that of the Aints. In Autumn of this year, Ed Kuepper has rekindled the label he started after his disenchantment with Missing Link, the label which saw the release of the self-titled debut of the Laughing Clowns.

Three Bootleg Series releases of have so far been issued this year, with limited CD pressings of 500 each. They're all available via Prince Melon's myspace page. Prince Melon looks to release a a final title this year, a recording by the Ascension Academy, a group which played a one-off show in March this year for the Institute of Modern Art's Brisbane Sound exhibition. 2009 will see a Prince Melon release of a new studio project by the man himself.