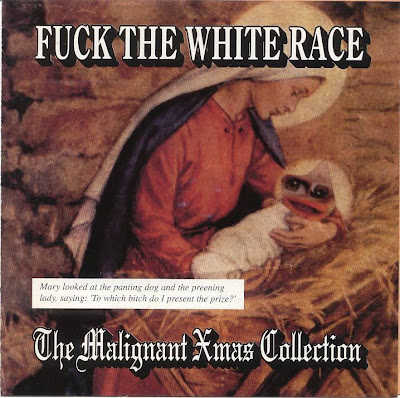 This compilation represents a certain time (1994) and place in Brisbane post-punk's collective cannon. If anything, it's an interesting curio of bands whose tracks don't wholly represent what their music is about. Nonetheless, it exists and that's what's important.

Adjusting things a little from the Brisbane music axis is Venom P Stinger, and even though this group's inclusion is a somewhat puzzling, their live track is a welcome addition. Likewise with fellow Melbournians Thou Gideon...

This (only) CD release from the MALIGNANT label offers some its stable acts - namely Noose, Strontium Dog, Mr Bastard, Grubbage, Slow Loris, Queer and Not From There.

Fuck the White Race also includes the rare mid-period Small World Experience, with an early version of Rounding the Bend featuring Gail Hargreaves on drums. Also representing the SPILL label is the Gatekeepers, with an alternate version of Silence - incorrectly tracked as Waterlogged.

Sadly, MALIGNANT's Monty Blomfield passed away not long after the release of this compilation and his family unjustly destroyed everything to do with the label's back catalogue - including this. 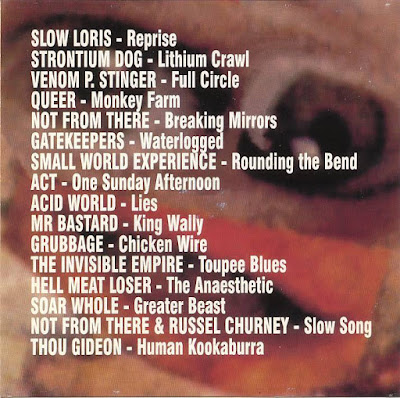